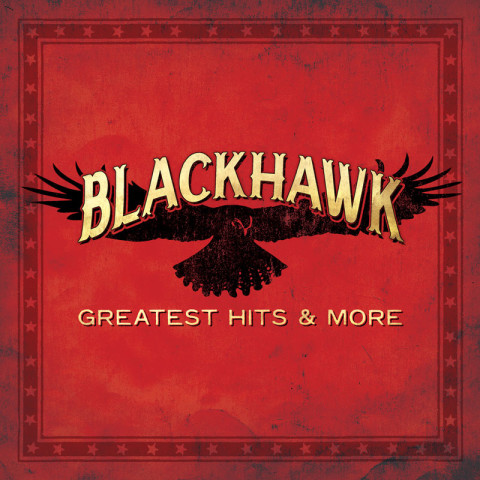 This 13-song collection (track listing below) of new studio recordings from yesterday and today includes their #1 hit “Every Once In A While,” Top 10 singles including “Goodbye Says It All,”“I Sure Can Smell The Rain” and “That’s Just About Right” as well as two new songs “Brothers of the Southland” and “Brighter” from the band’s first studio release in 12 years, the 2014 album Brothers of the Southland which was co-produced by Dale Oliver (Casting Crowns, Steven Curtis Chapman).

“Dave and I are proud to see BlackHawk’s musical journey continue with the release of the Greatest Hits & More this fall,” said Henry Paul.  “Perpetuating BlackHawk’s musical legacy continues to be a very fulfilling endeavor and our relationship with the fans is uniquely rewarding. Our late partner Van Stephenson’s last request that we keep BlackHawk going and do what we can to find a cure for cancer lives on as he rides along with us on his ‘Ships Of Heaven.’”

BlackHawk has had an active 2014 on the national touring circuit, dates are continuing through the end of this year and an even more comprehensive tour schedule is planned for 2015. See all tour dates below.

BlackHawk is Henry Paul (guitarist/vocalist) Dave Robbins (and keyboardist/vocalist).  Along with third founding member Van Stephenson, Henry Paul and Dave Robbins exploded onto the country music landscape in 1993 with their self-titled album and top 10 hit single “Goodbye Says It All.” Three more hit singles followed (“Every Once In A While,” “I Sure Can Smell The Rain” and “That’s Just About Right”), propelling the album to platinum status. They maintained that pace in the years that followed, scoring a dozen top ten hits, including two number ones, while selling more than seven million records. Tragedy struck in 1999 when Van was diagnosed with melanoma, a deadly form of skin cancer. After a long and courageous fight, Van lost his battle in 2001. Henry and Dave honored his dying wish that Blackhawk continue to make great music and fight for a cure. They established the Van Stephenson Memorial Cancer Research Fund in his memory, donating the proceeds of their efforts to the Vanderbilt Cancer Research Center.