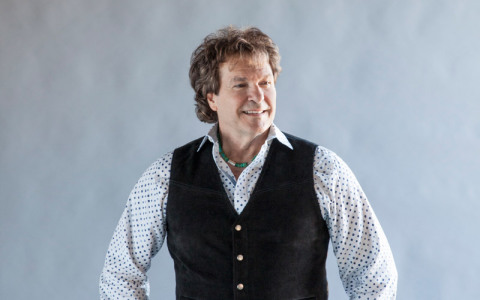 Today, BlackHawk release their new retrospective album, Greatest Hits & More, which features hit songs and new tracks. Henry Paul was recently interviewed about the album and the band’s legacy. Here is what he had to say!

1. You are getting set to release Greatest Hits & More. Taking a look back, how do you feel about those songs now vs when you recorded them?

We’ve sung most of these songs every night since they were recorded and the audience always rewards us with their overwhelming approval and appreciation. I always feel lucky to have these songs to sing and be identified by the integrity they represent.

2. Do you have a favorite track or one that you hold particularly dear to your heart? If so, which one and why?

“Every Once In A While” was an early collaboration between Dave, Van, and myself and it was our first number one record. That has significant meaning as do the lyrics that mirror feelings for a first love.

There is a creative freedom that comes with being your own producer and record label that is very rewarding, and there are certain stylistic similarities in our new music compared to our earlier work.

4. Speaking of Brothers of The Southland, it must have been a hard process after the passing of band member Van Stephenson. How was it to go back into the recording studio? How does his legacy live on within BlackHawk’s music?

Losing Van was devastating on many levels. To lose a friend is always heartbreaking. To lose your creative partner has many intricate layers loss. Part of your musical personality is embodied in that person and that is irreplaceable. We have tried to honor Van by establishing a charitable organization in his name.

5. Where does the name BlackHawk come from?

In the process of coming up with a name for the group, Van saw the name BlackHawk Printing on the side of a truck on his way to a songwriting session one day. He suggested that as a name and we all loved it.

6. You’ve been touring quite a bit. How are the audiences today different from back in the 90s?

The human spirit is consistent in it’s appreciation of music. Our audiences are always very generous and kind.

7. What do you love most about performing live?

To see the smiles.

8. Henry, you are also in the band Outlaws, so while on tour with both bands, what’s it like opening for yourself?

At times it’s like a history lesson. Explaining when the respective bands started and the different impacts both bands had on you during different periods of your life. It makes for a full and rewarding evening for me.

9. You’ve had dozens of top ten hits over the years. For that person who may not know the band, what is the one track they should listen to and why?

“Goodbye Says It All” is a hallmark song for BlackHawk. Musically it showcases the three singers in a very personal light, and lyrically it’s really quite incredible.

10. What’s next for BlackHawk?

Another studio record in the next year or two and a Christmas album down the road.